Recently Patrick Gothman* wrote of his experiences serving in Honduras, and of the extreme adversity Hondurans face in their lives there.

“I witnessed firsthand the violence they endure. There is an armed security guard at every Dunkin’ Donuts in Honduras. When you enter a pharmacy, the guard with a shotgun slung across his chest will considerately hold your pistol while you wait for your prescription to be filled. On holidays, there are no official fireworks, only a handful of illegal firecrackers and gunshots exploding in the night air. On Christmas Eve, New Year’s, Independence Day, in every barrio across the country, shots echo in the dark like a posse galloping out of town in an old Western. During my two years in Honduras, I learned to love those kids at our children’s home like they were my own. Our goal was to prepare them for healthy and productive lives in Honduras, despite the brutal and heartbreaking childhood they had suffered. If we could only offer them enough love and stability and peace in the midst of the tempest around them and behind them in their past, they might have a fighting chance, we believed. … Yet violence does not issue warnings, and it will not take into consideration sincerely held beliefs. …

The weapons that plague their streets came from us. The corruption that infests their governments is a direct result of the coups and instability our country has consistently directed or condoned for over a century. Before Banana Republic was a chic clothing store, it was a dismissive term for a country made entirely dependent on a more powerful economy outside its borders. It was merely an updated version of colonialism, and the original victim was Honduras.

Poverty and violence, the causes of these caravans, are diseases we infected these countries with. Getting mad at the migrants is like the conquistadors and white frontiersmen wondering why the Native Americans they found were always getting so sick.

Those of us who live north of the Mexican border have to learn just how intertwined our lands are and why our neighbors to the south still hear gunshots at night. I have fled from one side to the other myself and watched in vain as those I care about try to follow. But being born in paradise is no reason to condemn those still stuck in hell.”

Consider how these brothers and sisters in today’s Central Americans exist.  In fact, in which many people across the globe exist. As we have all just celebrated the privileges we enjoy, the term “Thanksgiving” begins to lose some of its luster in view of how the rest of the world exists. Daily we are confronted with media stories of the “caravans” from Central America seeking hope in the United States.  But how many of us can realistically state that we can imagine what the true reality is for such migrants?

Today there are more refugees and displaced persons in the world since the days immediately following World War II.  Our country now detains about 14,000 unaccompanied minors. Thousands of children are now being detained in American detention centers for several months or a year or longer. And yet extreme conditions for some in Central America, and elsewhere, rage on.

I just returned from a mission of volunteers, including lawyers who visited a private-sector detention center under contract with the U.S. government, a center for unaccompanied, undocumented minors who entered the U.S. “without inspection” and were first detained by the Immigration Service before their transfer to the shelter we visited.

I know such questions are offered feverishly, uncomfortably, reasonably seeking broad and humanitarian solutions – which are few and far between.

And while the volunteer lawyers with whom I visited the center will cite any number of specific concerns to rectify with the facility, frankly the kids there seemed pretty content.

But I would argue that the meaning we typically attach to “happiness/contentedness” is the wrong measure or inadequate.

Think of this: You live in a small village and as a parent, you permit your young child – some seemed very young and innocent to me – to jump on a “bėstia,” a freight train headed toward the U.S. border- along with scores of migrants she does not know.  The trip across El Salvador/Guatemala/Honduras and Mexico is long and arduous.  Sometimes unaccompanied children are preyed-upon.

Making that decision to launch-off into the uncertain and perilous world is nearly impossible for me to imagine. Yet the parent, and thus the child, reckoned that the extreme uncertainty awaiting their child along the trip, and the inevitable fact that their child would likely be ultimately, summarily detained within minutes of crossing the U.S. border, all seemed a  superior risk to the prospect of staying home.  And if that is not a scary-enough specter, all kids we interviewed had slept on the floor of ICE detention centers, covered in cold rooms by thin plasticized/aluminized sheets, in large rooms and bright lights, with many other detainees. Hungry. No bathing.  No change of clothes.

How hopeless must one’s image of the future back home be? How dangerous – or hopeless – must have been the risk of avoiding gang influence?  How abject and intractable must the poverty be in order to risk the life of one’s child in the mere hopes – remote as they are – that a better future may be within reach?

Despite obvious care extended by staff at the detention center, we visited – a clean and bright environment; food quality and quantity exceeding that which the children likely enjoyed at home; licensed medical attention; schooling, etc., – the knowledge that one’s child may inevitably be deported and not enjoy the freedoms they all sought, is hard to overlook.

Realistic hope, at least some guarded optimism about the future, not an amorphous current sense of “happiness,” is a better yardstick.  When we think it through, even the mission of any hospital, at its roots, is to reassure. Instead desperately one tries the near-impossible – a perilous trip hacia el Norte.

Even the children, innocent as many seemed, must appreciate at some level that their futures are not bright. And for now, they know they effectively should not even briefly leave the center where they live, for fear of arrest and incarceration in much more hostile environs. Or deportation.

One does not need to be wealthy, even middle class, or reside in the U.S. to begin to appreciate the extreme conditions these children face; the uncertain future; while we settle in for a typical holiday feast.  One suspects that the distant relatives residing in the U.S. who these kids have identified are less than fully ready to assume the formidable adoptive parent-like rolls to care for these adolescent youth. One senses that too.

Yet children wait in hopes of a long-shot – perhaps a sponsor/”patrocinador” who also must pass immigration muster, and if then, receive the child for longer-term residence.  The wait drags on and on – the children largely incapable of expediting things. Uncertain. And incapable of shaping their futures. 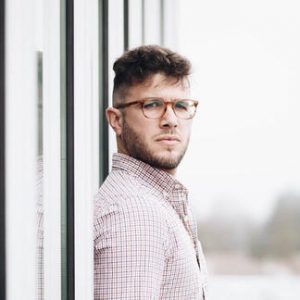 *Patrick Gothman, quoted in part, above, appears here with permission of America Media, from his article “I was an American missionary in Honduras…”, originally published November 27, 2018. Mr. Gotham is a writer based in Seattle, Wash., and the editor of Reaching Out, a Medium publication for L.G.B.T. stories from people of faith.